KATHMANDU: The Kathmandu Valley is witnessing rain since early Friday.  People are seen walking with umbrellas and motorcyclists wearing raincoats.

Monsoon already made its entry from the eastern part in the evening of June 12 – two days later than the usual time this year.

Meanwhile, the Meteorological Forecasting Division (MFD) has called for being alert as the monsoon is being escalated nationwide for the last two weeks.

Likewise, light to moderate rain is predicted at a few places in Sudurpashchim Province and at many places in Province 1, Province 2, Bagmati Province, Gandaki Province, Province 5 and Karnali Province. 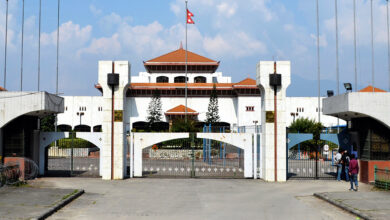